Just A Little Off The Top

We were delighted when the diaper finally came off the front of the Riviera Theater a few weeks ago, but in the past week, readers have been sending in photos and reacting with sadness and disappointment as workers have dismantled the facade and dome.  "Please don't tell me they are removing all of the top facade. This is just so disappointing. ... I hope that they are just removing it to rebuild it and not just take it all down." 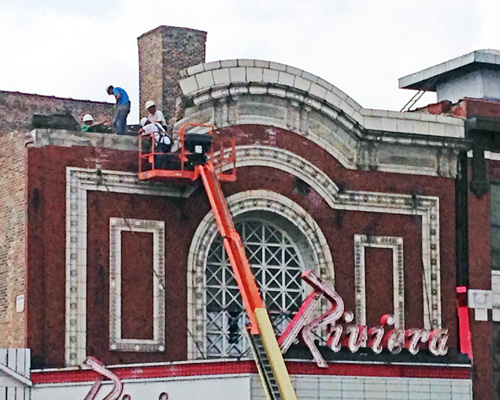 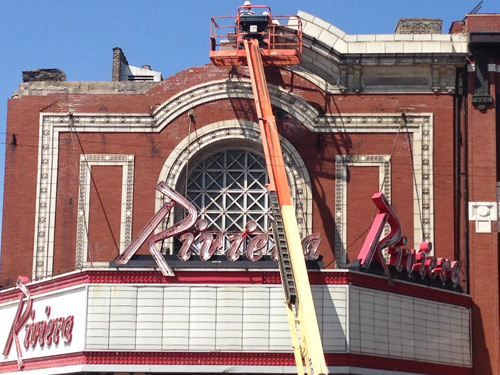 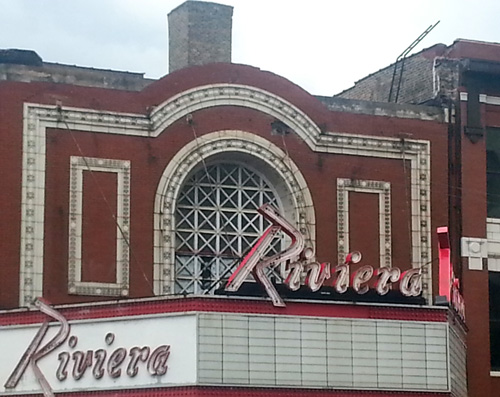 On Thursday, Ald. Cappleman came out with a newsletter in which he addressed the future and condition of all three theaters:


"Thirteen years ago, the Urban Land Institute published a report that laid out the steps to strengthen the Entertainment District in the northern section of the 46th Ward. More information about this study can be found within the Uptown Chicago Commission's website by clicking here. Key recommendations from this study focused on the need to preserve the historic properties in the area, including the Aragon Ballroom, the Riviera, and the Uptown Theatre.

Many people have noticed the increased activities at Uptown's three largest theaters.  Under the City's supervision, repair work has been occurring at the Aragon Entertainment Center, Riviera Theatre, and Uptown Theatre. Exterior and interior repairs are scheduled to be completed at the Aragon in September, while tuck pointing and masonry repairs are ongoing at the Riviera. Work at the Uptown continues to protect the building from water intrusion and damage while a long-term redevelopment plan is worked out.

A big thank you to the owners of these buildings who are taking the time and money to preserve these three treasures of Uptown.

Also related to entertainment, FLATS Chicago purchased the former TCF Bank at 1050 W. Wilson. Closed for the past two years, this building originally started out as a vaudeville theater. Plans include making it into an arts or entertainment venue with a restaurant or bar also using floorspace. More details to follow."