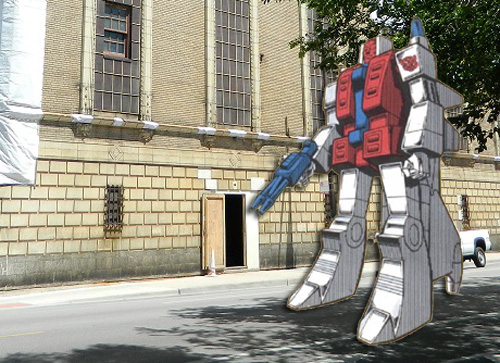 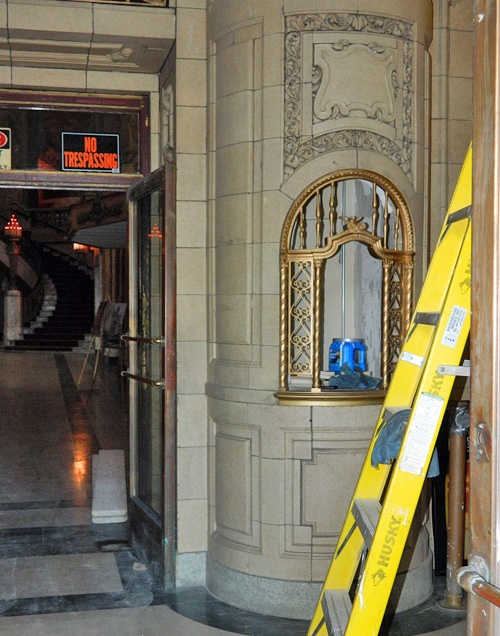 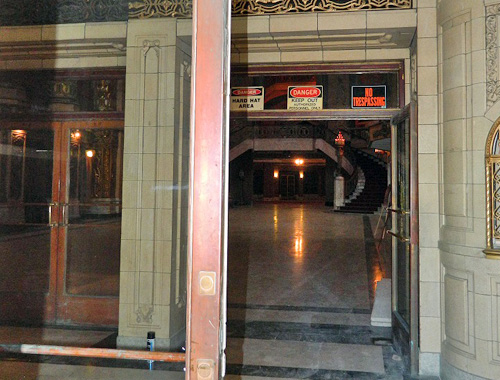 It's pretty common knowledge that Transformers 4 will be shooting in Chicago this summer into autumn.  But a reader has a surprising claim regarding one of the shooting locations:

Say whaaaaa---?  We called the Chicago Film Office to find out what we could.  The very nice lady we spoke with told us that they are not able to confirm or deny any filming locations, but that it would be shooting "in the area."  She also said not all the filming locations have been locked in yet.

Our reader explained that he talked to people outside the theater about what was going on inside, and that's what they told him.

So, there you have it, a Class A Uptown rumor.  Time will tell whether or not it pans out.

We're running the photos for those who've never been inside the Uptown Theater.  That's what lies behind the locked doors on Broadway.  You can see the ticket booth and part of the Grand Lobby.
By Kate Uptown - July 24, 2013