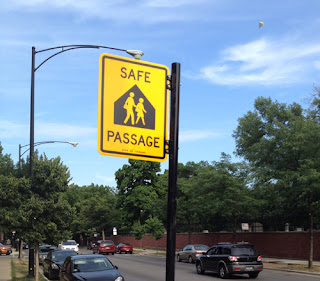 "Over the past two days I've noticed new Safe Passage signs going up around Stockton/ Courtenay on Montrose and along the Sunnyside Mall. Pretty sure I saw some farther down Montrose near the Ravenswood School as well." 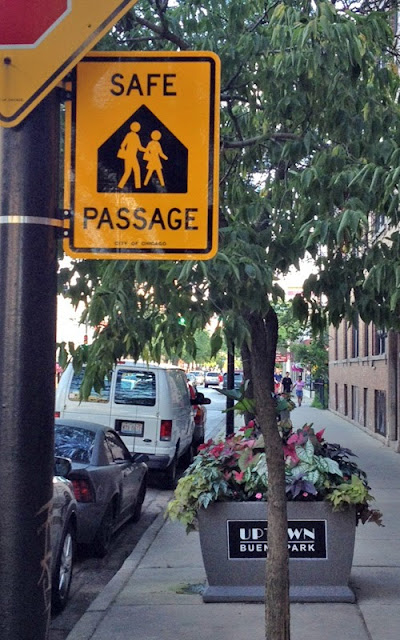 "These signs are now all along Broadway in Buena Park." 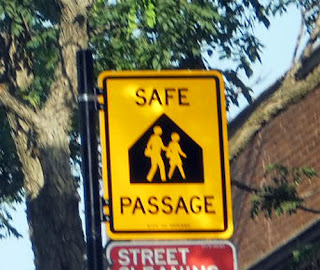 Many readers have noticed "Safe Passage" route signs going up in Uptown over the past week.  The routes are being drawn between closing schools and the "welcoming schools" students will now attend.  According to DNAinfo, 10 of the approximately 50 closing schools have already been marked with safe passage route signs.  Presumably they'll all be in place by the first day of school, August 26th.

There will be 600 adults hired citywide to help provide safety along the routes, according to Mayor Emanuel.  In addition, penalties for carrying a weapon on a safe passage route will be harsher, and empty buildings and graffiti along the routes will be cleaned up.

We haven't been able to find any online maps of the new safe passage routes, but will post when we do.
By Kate Uptown - July 29, 2013