If You Park Your Bike, You'll Want To Read This 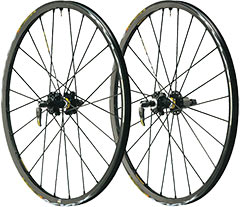 There's a sneaky little ring of bike thieves in the area.  Here's one reader's experience Monday afternoon, describing how they operate and how they were caught.

"Just got back from the lakefront. Biked to Wilson and the path, ran 4 miles and was coming back and found an unmarked police car, a patrol wagon, and six guys against the car. My bike's front wheel was off, but I was able to put it back on. Not quick release btw.

Turns out these guys had stolen a seat and tire from somebody's bike in front of Ch'ava coffee (Leland/Wilson) right while the owner was in there. She saw them, gave chase, called the cops, and the cops found the guys at the lakefront. They brought the owner by and kept her in the cop car to ID them.

Her wheel was on one of their beater bikes and they were carrying her seat.  So what they do is smart ... they bike around and find high quality bikes and then swap out the wheels to use on their beater  bikes until they sell the wheel. They were on mountain bikes, so it looked strange with a fat mountain tire bike on the back and a road tire on the front (nice Shimano!).  My guess they would have swapped the seats too if they had the time. Mine is a hybrid with a comfort seat, which they may not have been interested in.

The cops searched them and found an Allen wrench and several small knives. The cops said they couldn't charge them for my wheel theft because they didn't see them steal my tire (the boys said my tire was just sitting there!). My bike frame on a kryptonite and the locked tire were untouched. I lock the back tire because I have enclosed gears that would be stolen if the rear tire was taken.

The cops kept saying that because they were juvies they will just get a slap on the wrist.

I have been running by the lake for 10 years ... never a problem with my bike, though I never leave it  in the middle of a weekday.  Now I see I'll need to lock my second tire everywhere. At my health club in Andersonville - nobody locks both tires - but I'm going to start doing it.

I've always wondered who steals things like tires and seats. These guys were obviously organized ... with an Allen wrench and on bikes. Shocked there were six of them.  They were truly diverse ... Hispanic, black, and South Asian from their looks.  Looked about 17.  None very physical ... would definitely have challenged them if I arrived while they were in the act.

The punk who had the Allen wrench and a knife was named Leonardo.  And no, I don't care if he is only 17; he is still a thief.  I told them all they were thieves and that felt good. They seemed really humiliated up against the squad car ... at least there for 25 minutes while I was there. Cops did a very nice job ... though didn't seem interested in seeing us going to court. I thanked them profusely.

So now even when I run or go out to the store I need to carry a second lock. What a pain!"

According to the Chicago Stolen Bike Registry, Uptown has been a pretty safe place for bikes.  Keep an eye out for these kids.  They've already had a bad experience, getting arrested in Uptown.  Let's try to make this part of town extremely inhospitable for them.
By Kate Uptown - April 30, 2013