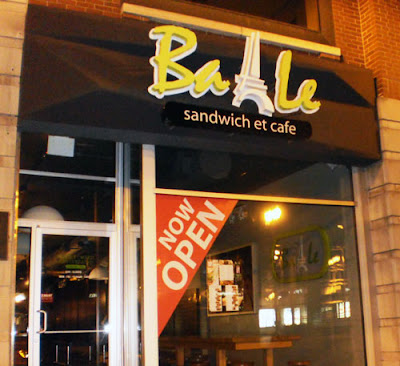 Following the lead of Dollop, Ba Le has just opened a downtown branch, at 166 W Washington, just a short half-block from City Hall.  The Daily Meal has a nice story about the banh mi trend in Chicago that includes a history of Ba Le.

In addition to the new Loop location, the Chinatown location, and of course the Uptown location at 5014 N Broadway, Ba Le's website indicates that it plans to open a bakery later this year at its original location, 5018 N Broadway.  We wish them success in all their expansion efforts.

UU Note:  According to Chicagoist, there was a fire last week at Dollop's Streeterville store, just days before it was scheduled to open.  The opening has been postponed indefinitely while the space is restored.
By Caring Neighbor - January 21, 2013