No Flowers, No Veggies, No Gardens 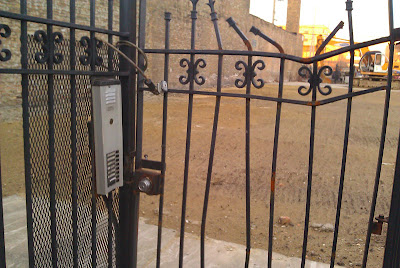 Some disappointing news.  Buena Park Neighbors had hoped to work with Thorek Hospital to have planter boxes and a community garden installed in the vacant lots at Sheridan and Irving Park where Thorek has said it has no immediate plans to build.  According to the latest BPN Newsletter, that's not to be:


BPN Strikes Out on Garden: Despite all our best efforts, Thorek Memorial Hospital's board of trustees decided against BPN's proposal for a community garden on the hospital's vacant lots at Sheridan and Irving Park Roads. Thorek's compliance officer, Morgan Murphy, said board members "didn't take the proposal lightly," but they did not feel the project met Thorek's long-term goals for development of the property. CFO Ned Budd said Thorek is still committed to maintaining the corner in response to community complaints about the dereliction of the site.

Later in the newsletter, the empty lots are addressed again:


At the BPN General Meeting on April 9th, Thorek Memorial Hospital representatives promised to keep the hospital's vacant lots at Sheridan and Irving Park Roads clean, green, and safe for the community. Two weeks later the site still looked like this [BPN photo of beer cans, plastic soda bottles and glass beer bottles in the lot]. This photo prompted Alderman James Cappleman to send an email to Thorek on April 23, calling the lots "an eyesore and a public safety hazard" and insisting that the site be "landscaped, monitored, and maintained."

In response, Thorek removed the trash and promised to provide a schedule for landscaping the site. As of May 1st, however, we haven't received said schedule. As you know, BPN's proposal for a temporary community garden on the site was turned down. Naturally we were disappointed, but we trusted Thorek to be good stewards, as they promised.

We encourage neighbors to keep an eye on the lots and hold Thorek to that promise. The hospital's contact page is here. Their phone numbers are here. Complaints can also be lodged through the alderman's office here.