Often, when readers see photos from the 1930s and 1940s posted on Uptown Update's Facebook page, there are comments like "It looks so pretty! I wish I could have lived here then."

But the era had its own set of problems (Great Depression, anyone?) and the 1940s saw one of Chicago's most notorious serial killers perform his deeds in Uptown (Edgewater had yet to secede, so it all took place in what was then Uptown).  You may have seen in the paper today that William Heirens passed away yesterday at age 83, and was Illinois's longest-serving inmate.

Why do we care? Because back in 1945 and 1946, he was as notorious and scary as Richard Speck or John Wayne Gacy became years later. And Uptown was his turf. 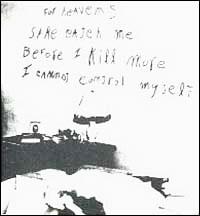 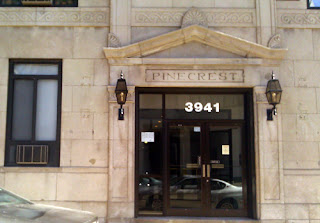 Chicago and Uptown were terrified. Women claimed to see murderers and suspicious characters on every corner (I'm looking right at YOU, Granny, with your oft-told story of having Heirens come to the door and ask if you had any odd jobs for him to do).  The massive manhunt ended on June 26, 1946, when Heirens was arrested after firing two shots at a police officer.  A fingerprint from the Pinecrest Apartments linked him to the sensational crimes.

He pleaded guilty in exchange for life in prison, as opposed to the death penalty.  Later, he recanted his confession and said it was made under duress.  He never wavered from his claim of innocence and had loyal supporters and detractors; among those who didn't believe him was the parole board, who denied him freedom over 25 times.  He was so feared and infamous that his family changed their last name to "Hill" to avoid being linked with him.

With Heirens' death yesterday morning, we'll never know the truth, but someone killed those women and dismembered that child. So remember, when you see the pretty sepia and black-and-white photos, life wasn't perfect in any era.
By Caring Neighbor - March 06, 2012