Update on the Wilson and Lawrence el stations from Ald. Cappleman, originally posted in the comments: 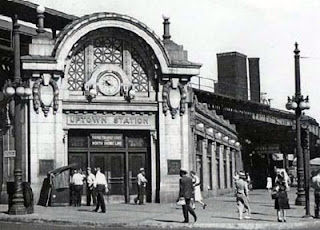 "Here's what was mentioned at the last 46th Ward Town Hall meeting at Truman College:
When the Ward Office knows more, we will release the information in a newsletter and the 46th Ward's website."
By Caring Neighbor - March 18, 2012