Shooting at Wilson and Sheridan 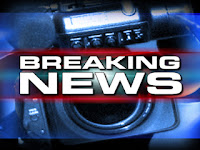 Just before 6pm, there were six shots fired at Wilson and Sheridan.  Police were on the scene quickly and we hear that at least one suspect was picked up running away on Kenmore.  At least one victim:  shot in the shoulder and a graze wound on the wrist.  In addition to the police, there are ambulances and assorted other first responders on the scene.

How we loathe these gangbangers and the chaos they bring to our community.  They contribute nothing except mayhem.

If you have any more information, please post it in the comments.

Update from a reader: "An 18 year "man" received a grazing wound to the shoulder, and to the hand. He was being combative with the first responders, and uncooperative with the CPD. He has been transported to the hospital.

Official address of the incident is 4605 N Sheridan.

Possible suspects, 4 "men", 2 with braids, were walking west on Wilson towards the L.  Looking suspicious. Reports of male, 5'4", wearing black baseball cap running out of Aster Playlot, on his phone, saying "I'm on Kenmore, come pick me up."

Reports that bullets from landed in Aster Playlot."

Update:  Police are doing gang dispersals in light of the gang shooting.  If you see a group forming, please call 911.

Update:  2:25AM Saturday -- the other shoe drops. God forbid that one senseless shooting goes unanswered by another senseless shooting.  Between our Facebook page and mailbox, it seems half of Uptown was awakened by 10 to 20 gunshots.  Apparently they happened around Clarendon and Eastwood, near the parking structure.  No word yet on any injuries.

God, how miserable to be a gangbanger, where revenge and gang loyalty trump common sense and self-preservation.  We hate them and everything they stand for.