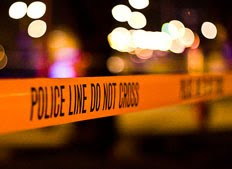 "A female pedestrian described as in her 40s has died after being struck by a hit-and-run vehicle early this morning in the city's Uptown neighborhood on the North Side.

The woman was taken to Mount Sinai Hospital where she later died from her injuries, according to a spokesman for the Cook County medical examiner's office. The spokesman did not have information available about what time the woman died or about her identity.

Update:  The updated Trib story says the victim, Beverly Akerson, 43, of the 1200 block of North Laramie, passed away at Illinois Masonic Hospital. And the Sun-Times's version makes a very tragic story even worse: it says that the driver reversed and ran over Ms. Akerson twice. We hope the driver is found. If you have any information that can help the police, please dial 911.
By Cub Reporter - September 24, 2011