Some Clarification From The CHA 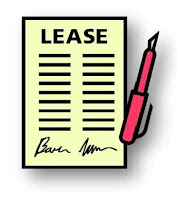 Yesterday, 4425 N Malden was given as the address of the alleged shooter in Tuesday's murder.  We and others expressed dismay that a felon was able to live at the CHA when there are so many other deserving families who desperately need housing.

A reader wrote to the CHA management company and received this reply:


"As stated in the article, he did claim a CHA address as his. We have confirmed that Brayant Rogers, the person arrested in the Uptown shooting, is not a CHA resident.

Having said that, we can say that our policy does allow us to take eviction under certain circumstances even if he doesn't physically live there but it was determined that there is a connection.

For privacy reasons, we are unable to go into specifics in this incident but we can assure you that as the case warrants, lease enforcement actions are taken to the extent allowable by law."

We appreciate the quick response from CHA, as well as the information.
By Caring Neighbor - January 07, 2011