There's A Lot Of Money In Low-Income Housing 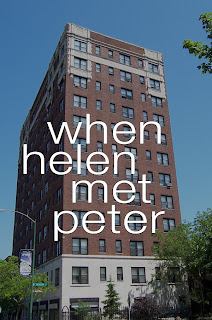 Interesting! We're hearing that 1325 West Wilson just went on the market for $5.695 million.  It's the building that houses the Cupcake Gallery, Fontana Grill, and a currently empty storefront.

The Norman Hotel was built in 1929 and "was designed by Albert S. Hecht, who was known for his hotels and apartments as well as his exquisite use of terra cotta," according to the Uptown Chicago History blog.

Its recent history hasn't been as pretty.  It was a dive, and the first affordable housing joint venture by developer Peter Holsten under the reign of brand new alderman Helen Shiller, back in March of 1988 (read UU's story about it here).

Holsten bought it for $750,000, and there were high hopes that the fleabag building would become respectable under his ownership (The Reader's December 1988 article about it is here).  It was even the first home of Inspiration Cafe, at 1319 W Wilson, in 1991 (Holsten tore up their first month's rent check for the cameras at the grand opening).

More recently, under the control of Circle Management, it's a troubled building that's been in and out of housing court during most of the past decade.  Owner John Klise has had a history of problem buildings in the 46th and 48th Wards, and Ald. Smith worked with the Chicago Department of Housing to yank rental subsidies from the Low Income Housing Trust Fund from the Klise/Circle buildings in her ward.

We hope a new owner and new management company can be found for this fine old building and make it, once again, a respectable neighbor. If you've got any buddies with a cool five and a half million lying around, let 'em know about it, okay?
By Caring Neighbor - January 27, 2011