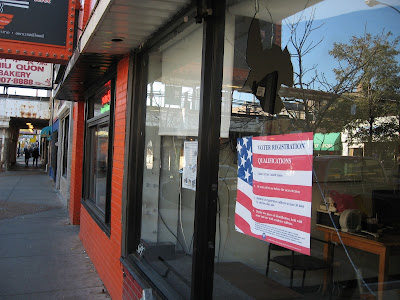 "Someone threw a brick into my office window at 1131 W Argyle St, sometime in the early hours of Tuesday morning. A 20th District CPD Officer, Perez, filed a report and an evidence technican was taking some pictures. Then a CBS2 cameraman showed up about the same time and told me 48th Ward Alderman Smith's windows were smashed on Sunday night and last night again. He said the video may be aired today at 11:00am."
By Caring Neighbor - November 09, 2010