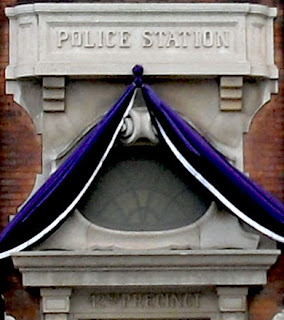 In today's Trib, there's a story about the 23rd District's Town Hall station closing after 103 years of service. Two officers who are familiar faces at our CAPS meetings are quoted in it: Sgt. Alex Silva and Lt. Robert Stasch.
Apparently the new station (just around the corner from Town Hall, on Addison) will be opening next month. The old station funtioned as the suburb of Lake View's actual Town Hall and Courthouse, and became Chicago's 42nd Precinct when Lake View annexed itself to the city.

Interestingly, Ald. Tunney is quoted as saying the old station's future is unclear, when the RFP we quoted a few months ago specified it would be used for senior housing.
There's a nifty slide show here, showing photos of the construction process from May 2009 through September 2010. The one below is taken from there; it's the station's new lobby, as of last month. 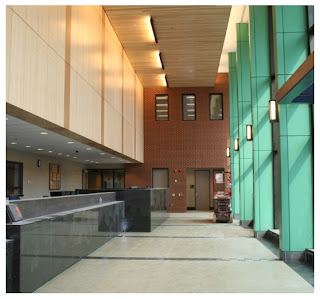