This Could Be Huge! 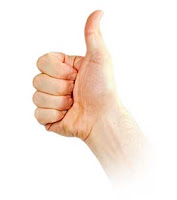 A City Council committee today signed off on Mayor Richard Daley's proposal to levy hefty fines on landlords and other building owners who fail to take steps to prevent crime on their property.

The city would be allowed to declare a property a public nuisance when three crimes related to building occupants or visitors have been reported within a 90-day period.
The owner would then be given a chance to put in place a city-approved plan to solve the problems. The plans could include requirements to install lighting and maintain security cameras.

If the owner did not agree to a plan or abide by it, the city could take the owner to court and impose fines of up to $1,000. A nuisance abatement plan also would be imposed, and the owner could be fined up to $500 a day for failure to obey that plan.

Ald. Carrie Austin, 34th, said the ordinance was long overdue and called it "an absolute gem." Police Department officials also backed the measure. The Police and Fire Committee recommended the full council approve the measure when it meets next Wednesday. Continue Reading

Update: Check out "Ald. Stone rips problem building crackdown as too extreme" via the Sun-Times
By Uptown Updater - September 30, 2010