BET To Begin Construction On New Theatre This Fall 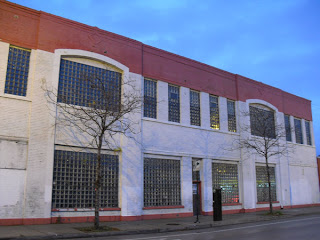 Black Ensemble Theater, whose long-time performance base has been Hull House at 4520 N Beacon, has been raising money for its own home over the past few years through a combination of public and private funding ... even passing the hat at performances! Now it looks like they've achieved it. Chicago Real Estate Daily writes, "Black Ensemble Theater expects to start work in September on a new home at 4450 N. Clark St. in Uptown, according to BidClerk.com. The $7-million development includes renovating an existing two-story building and construction of a new, 300-seat theater." To the left is the current state of the building, and below is a rendering of the new theatre by Morris Architects Planners, who apparently specialize in designing theaters and performance spaces. 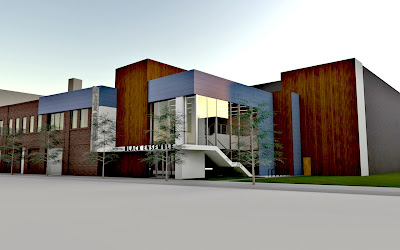 What a great addition to Uptown and that stretch of Clark this new theater will be! (Not that you'd know it's in Uptown from the description on MAP's website. Not a mention of the "U-word." We are relegated to "midway between the popular Chicago neighborhoods of Wrigleyville and Andersonville." Tsk! Tsk!)

UU Note: The newest show at BET, Nothing But The Blues, an homage to South Side blues club Theresa's Lounge, has been getting great reviews. Check it out. (Can't beat the commute.)
By Caring Neighbor - July 14, 2010