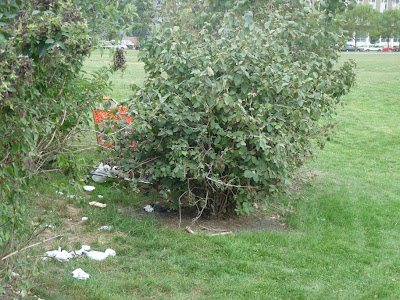 A reader sends in the following photos and info:
This is a photo (above) of Clarendon Park’s toilet bushes, where those who sleep, drink, get their groove on, day and night on Park District property, do their "toilet business." Yes, those are empty liquor bottles, discarded underwear, piles of feces and used toilet tissues in the photo. 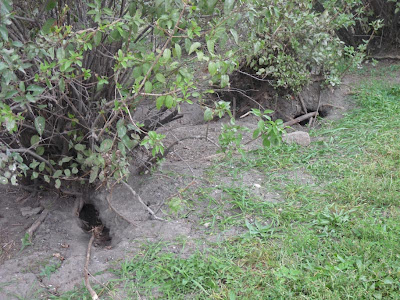 Next are photos of the rat colony, located in those same bushes, which has grown to over 45 feet in length. In fact, that is the same rat colony that existed in the toilet bushes last year and the year before that, when we constantly called it to the attention of Chicago Park District (CPD) Lakefront/North Region Management, the Clarendon Park Staff, the Park District Forestry staff, the Street and San’s Rodent team, and the Park District Maintenance staff -who conveniently operate out of a maintenance yard located directly across the street from the toilet bushes and rat colony. Meanwhile, the City of Chicago and your alderman, have posted many signs along Marine Drive to remind you that DOG feces attract rats. 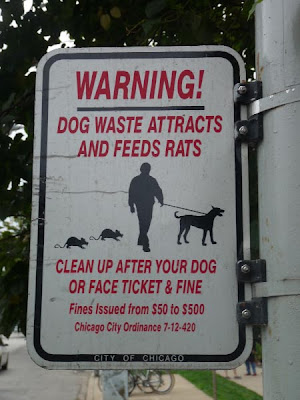