A World-Class Tomorrow Is Calling 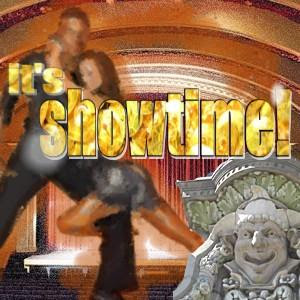 "It’s Showtime!" is another exhibit of History TV - an online history museum of the Uptown Chicago neighborhood. Check it out!

For over a Century, Uptown Chicago has been braving new entertainment frontiers, reaching out to the world with a boldness of purpose and a passion for excellence. The Uptown of tomorrow has not yet been woven together; but, if these two Uptown Chicago live stage performance organizations are any indication, Uptown’s promising future is truly world-class.

It’s time to reach out and grab the future, Uptown. It’s Showtime! 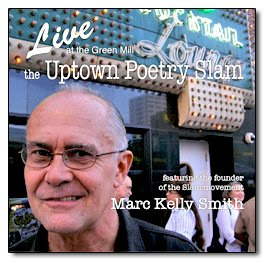 poetry reading series . . . The series' emphasis on performance laid the groundwork for a style poetry and performance which would eventually be spread across the world. In 1986 Smith approached Dave Jemilo, the owner of the Green Mill (a Chicago jazz club and former haunt of Al Capone), with a plan to host a weekly poetry cabaret on the club's slow Sunday nights. Jemilo welcomed him, and on July 25, the Uptown Poetry Slam was born.” …more

- Green Mill’s Poetry Slam, featured on Oprah
- SlamNation – The Movie
- A New Slam Born in Brazil
- SLAMLAKOUR, “the first multi-national Indian Ocean Grand Slam held on Reunion Island was a huge success. A new family of slammers has come together and will be spreading the vocal joy and good will of slam around southern Africa and the Indian Ocean islands.”

Chicago’s equivalent to the Tony Awards, the largest amount of any theatre in this category.”

“In 1993, Pegasus Players was also chosen by the United States government to represent United States culture in a tour of The Songs of Bubblin’ Brown Sugar through six countries in northern Africa. In 1993 alone, Pegasus’ productions were seen live by more than 150,000 people in this country and abroad, and by more than two million people on television in Egypt and Morocco, giving Pegasus one of the largest, most diverse audiences of any theatre in the United States.”

“The New York Times Travel section in October 1997 listed Pegasus Players as one of two theatres not to be missed in any trip to Chicago.”

“In 2002, Pegasus Players returned to tour Egypt with The Fantasticks and Morocco with Chicago: Rhythms and Rhymes for the U.S. embassies in these countries.” …more