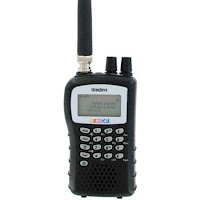 Police scanner activity from April 24 courtesy: News-Star online at yournews.com
-A 3:28 p.m. police call said “There is a sex offense at the Broncho Billy Playlot at 4734 N. Magnolia. “It’s a sex offense behind the playlot. A male white was taking off his pants. He is now headed eastbound.”

-A 3:04 p.m. call said “We have a male black causing a disturbance at 2010 W. Montrose. He is yelling, cursing and threatening people at the bus stop. Then he got on Bus #6191 and he’s headed eastbound right now.”

-Police received a complaint that vendors were hawking food and wares at Montrose Harbor without city permits. An officer said one vendor has a permit, but another needed to know where to get one at 2:11 p.m. and was told the vendor can go to City Hall and get a permit from the Revenue Department.

-A call at 2:09 p.m. said a suspicious man was sitting in his car talking on a cell phone for over an hour at 4650 N. Sheridan. Backup was sent.