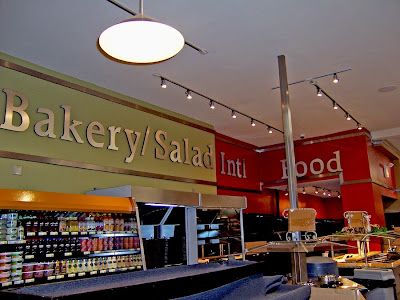 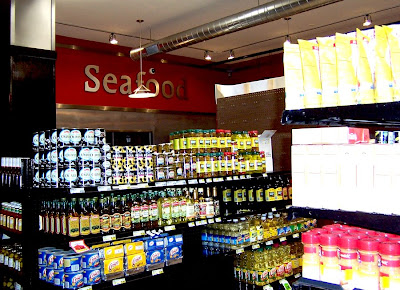 We've been hearing good things from readers about Fresh Harvest Market at Sheridan and Leland, even though they're not having their Grand Opening until Friday:

"My husband and I checked out Fresh Harvest this morning, but the grand opening has been pushed back until next week. Two guys who I'm assuming were owners were very nice and let us come in and check out the place. It looks really great inside. It's nearly a full grocery store from the looks of it. The non-perishables and dairy was already stocked. It looks like they are going to carry a lot of items (deli meats, dairy, frozen food, full meat case, etc.) and I can't stress enough what a nice job they did with the inside. My husband and I can't wait until they open."

"I stopped at Fresh Harvest Market on my way home from work to get some milk. About half the paper is still on the front window, so I wasn't sure they were open. Turns out they're having a 'pre-opening' for the first week, because the store isn't fully stocked yet. But... OMG... even in its half-full state, it looks amazing. They have areas for seafood, a meat market, a coffee bar, a deli, a florist, bakery, salad bar, and international foods. The place is much bigger than it looks from the outside, and the prices are comparable to Jewel. Best of all, they're offering free coffee or tea to shoppers this week, and the milk I stopped to get? On sale for the pre-opening -- just $1.99 a gallon, about half the usual price. It reminds me a really nice NYC grocery store, and I think it's going to be a great addition to the neighborhood."