The Majestic Store Continues To Crumble 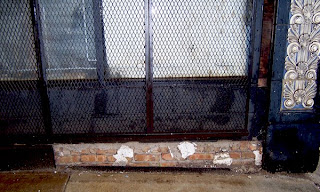 The building housing the Majestic Store at Leland and Broadway continues to suffer due to poor maintenance. The chipping terra cotta that we noticed last March has now completely fallen and disappeared.

And now a large chunk of the original black marble facade is gone, leaving a wood base behind it to face the elements. 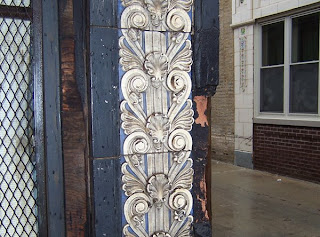 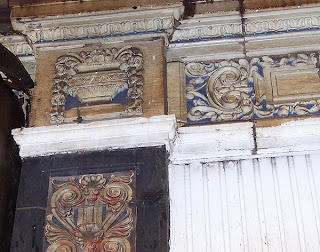 But the owner wouldn't sell, and the poor old Majestic Building continues to deteriorate. The rumored owner of the building who refused to sell to someone who was ready and willing to rehab the poor falling-apart Majestic Shop?

None other than the cash-strapped CTA.