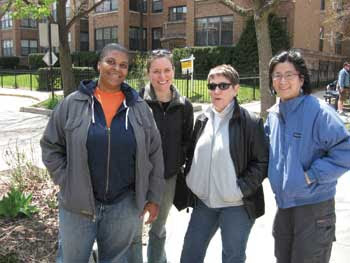 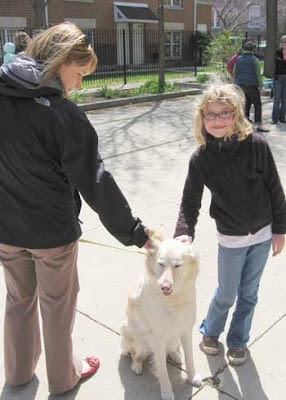 Uptown residents vow to keep gangs from taking over 'hood

Following the city's weekend of rage during which 36 people were shot - six fatally - the weekend of April 19-20, Uptown residents took to the streets last Saturday afternoon letting the gangbangers know that they won't relinquish their neighborhood.

Neighbors gathered for a "positive loitering" event at the Sunnyside Pedestrian Mall at Sunnyside and Magnolia on April 26, an area where residents say drug trafficking frequently occurs.

The event was organized by the Chicago Uptown Crime Blotter, a new blog that reports police radio calls in real time heard over police scanners of criminal activity occurring throughout the neighborhood.

Adults mingled, some meeting for the first time, as kids colored the sidewalks with chalk and dogs sniffed each other. The main topic of conversation was the increase in gunfire heard around the neighborhood since the arrival of spring weather.