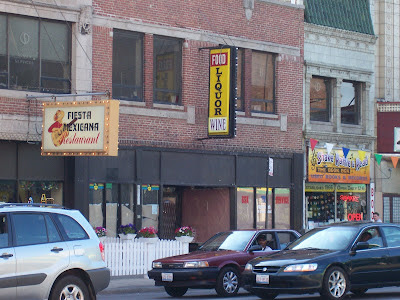 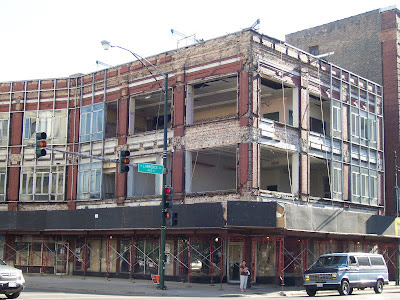 Work has finally resumed on the Riviera Building at Lawrence and Broadway. Windows have been removed from the second and third floors in addition to the metal framing that held the awful tan colored siding that covered the brick facade for so many years. We had heard there were issues with permits so we assume this has been worked out.
Across the street, workers have been gutting the old Broadway/Lawrence Liquor store for the upcoming "Wilde Pug" club and bar opening there. Workers have removed the green awning from the front of the building and soon there will be no sign of the previous tenant. Its good to see progress in our neighborhood.
By Uptown Updater - June 10, 2007