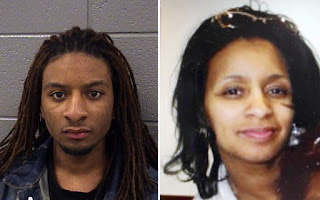 A heartbreaking murder that took place in Uptown seven years ago will be featured on the Investigation Discovery channel, and a producer is seeking to make contact with people with personal knowledge of what happened.

In September of 2012, local business owner and devoted mother Yolanda Holmes was murdered in her bed in her new apartment at Wilson Yard.

In December 2013, shocking arrests were made in the case: Her son, Qaw'mane Wilson, was charged with hiring his friend, Eugene Spencer, to kill Ms. Holmes. The reason? Allegedly to get access to the money in her life insurance policies, which would be used to further Qaw'mane's music career.

After a very long pre-trial period, both men were found guilty of first degree murder last March. They are still in the sentencing phase of their trials. The driver of the car that brought Eugene Spencer to Ms. Holmes's Uptown apartment building, Loriana Johnson, has been in prison for several years and is scheduled to be released in late 2020.

A detailed account of what has taken place so far is here.

A producer for Investigation Discovery channel is planning a one-hour show on this tragic case. If you have any information or are involved in the case, please contact him at swatts@anomalyent.com or call 347-601-9626.
By Kate Uptown - November 15, 2019