Lori Lightfoot To Be In Uptown This Evening 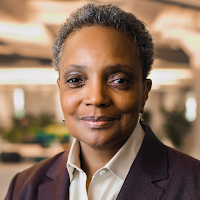 According to her public schedule, "Mayor Lightfoot will stop-by Chicago's Uptown neighborhood for a visit with community members."

According to the statement, she will be at 4953 North Broadway (better known as Tank Noodle) at 6pm.