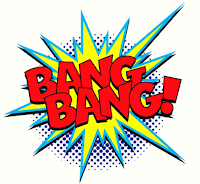 Shortly after midnight on Friday, a man was shot by the homeowner as he allegedly entered a home on the 800 block of West Lakeside through a rear sliding glass door.

According to a statement by CPD, Christopher L. Johnson, age 41, of the 1400 block of West Arthur in Rogers Park, has been charged with one felony count of Home Invasion/Dangerous Weapon. He will appear in bond court at 26th & California Saturday.

The homeowner had a valid FOID card and has not been charged.

Mr. Johnson, according to reports, sustained a gunshot wound in his rear end, and was taken to Illinois Masonic for treatment.

No mug shot was made available by the police.

Updates: Mr. Johnson is being held in the hospital, and has a court date later this month.

An alert reader let us know that he was arrested on May 10th of this year for another burglary in Uptown, committed at 2am.