More Votes Are Counted; Cappleman Now Ahead By 56 23 (Updated) 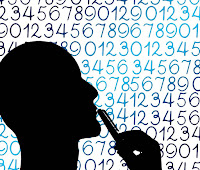 The Chicago Board of Elections just posted today's vote count.

324 new votes were counted since Thursday afternoon. With the 203 votes that were tallied by the Board of Elections on Thursday, that's a total of 527 new votes counted since the polls closed on Tuesday night.

Cappleman moves ahead of Lalonde by a "whopping" 56 votes now. The new totals are:
Late voting totals come from Vote By Mail (absentee) ballots; from those who are incarcerated in the Cook County Jail; from 20 nursing homes throughout the city that had voting come to them on Monday; and provisional ballots that are found to be valid.

There's no way to know how many additional votes will come in. The Board of Elections will count them through April 16th, and the election will be certified on April 18th.

UPDATE: Per the results posted at the Board of Elections site, 163 new votes were added to the totals on Saturday, April 6th. With the new votes,