The Synagogue, new rental apartments from Cedar Street/FLATS located at 5029 N Kenmore, held its ribbon cutting and Grand Opening on Thursday. It is an adaptive reuse of a building that had been described as "the last grand Chicago synagogue," but had been desanctified and fallen into squalor. 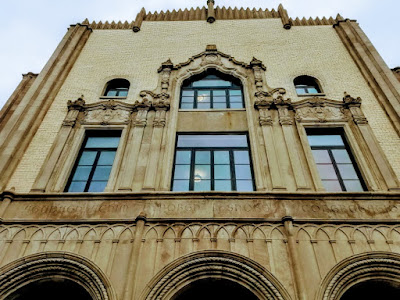 Formerly Agudas Achim North Shore Congregation, which held its last religious services in 2008, the temple was put on the market by its board in 2012. It was in a terrible state of disrepair, with holes in the roof, and pigeons living inside the once-glorious sanctuary. Cedar Street purchased it in 2016.


The temple's exterior has been retained, as well as a few original interior features. The majority of its beautiful artifacts have been repurposed and have gone to other synagogues. It has been converted into 40 apartments, and leasing has been in progress for a few weeks already. 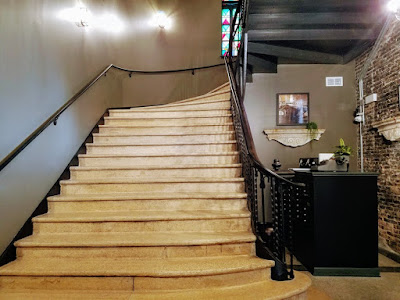 In his remarks, Ald. Osterman mentioned that Cedar Street had done a beautiful historic renovation rather than bulldozing it, and that it's not "a suburban version of Kenmore." 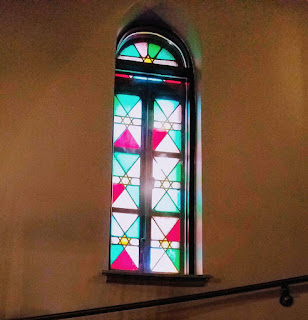 He commended Cedar Street for including affordable units in its conversion (as it does in all its properties). He recognized that the empty building had been a blight on the community, with frequent vandalism and breakins. Ald. Osterman made a point of mentioning the many new safety features that have been added, including security cameras all around the building.

Nearly 100 years after the building was dedicated, it remains a part of the community with a new purpose.