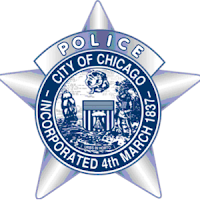 "Yesterday, I chaired the City Council's Committee on Zoning, Landmarks and Building Standards and heard the request to build a new Joint Public Safety Training Academy on the west side of Chicago, an area with high poverty and crime.

Discussions for the training academy started more than two years ago, and the need for the facility was bolstered by the City's consent decree, which is based on the findings of a yearlong investigation of the Chicago Police Department by U.S. Department of Justice (DOJ).

The DOJ spelled out the need for  a new facility that could provide more intensive training, including in identifying racial bias and crisis intervention training of police, fire fighters, and first responders within one facility.

Yesterday's debate was spirited, but that was necessary in order to hear from all stakeholders.

Here is the text of my testimony before the Zoning Committee:


In City Council, when I hear aldermen of color pushing for something that they say will help their community, it gives me pause to consider that perhaps my colleagues know something that I do not, so I listen very carefully.

I have heard about the community support that Alderman Mitts, and surrounding Aldermen have secured around this project. However, I have also had a number of people from around the city contact me about their opposition as well.

It’s been suggested that the Police Academy should not go into a community that is overwhelmingly African-American and experiencing poverty, where there is already distrust with the police due to experienced police violence stemming from institutional racism that has plagued our city and our country for centuries.

The Dept. of Justice has made it clear that we need a much better training facility so that police officers, fire fighters, and our emergency responders can have more coordinated training that will teach them about their own long held beliefs, some of which I believe are rooted in institutional racism.

This facility needs to be in the center of the city where there is woundedness and distrust. The task of the consent decree is to help restore the trust of many people of color who have had too many experiences where their lives have been threatened and their trust has been broken.

My wish is that as the police and those in the community they serve have more opportunities to interact with one another, possibly some healing can begin.

Last Monday, I met with some young men and women in my ward office who struggle with full time employment that provides a living wage. Many of them have been involved in gangs and have a felony history. They were focused on surviving in a world where all they experienced was rejection. However, like all of us, they believe the ticket out of experiencing violence and poverty is with a job that can support them and their loved ones.

This Police Academy will create opportunities for these individuals in our communities where society is stacked against them and who are constantly struggling.

The reality is that good police training costs money but substandard training can cost much more, including the loss of lives. It's time to move forward and begin building trust."