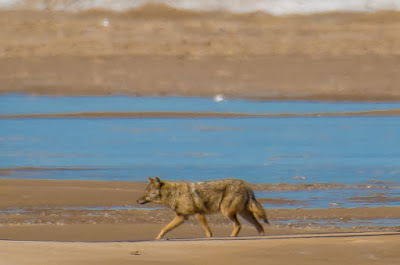 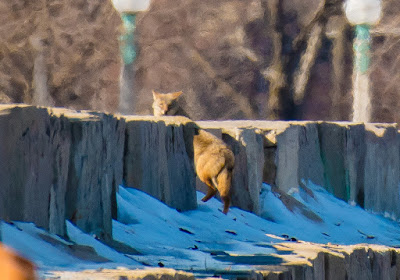 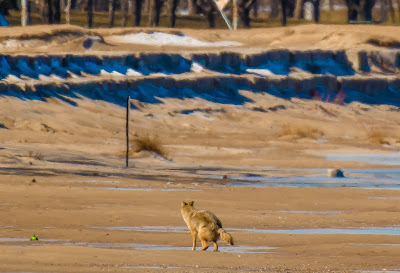 Thank you to reader Bill Biederman for his photos of a beautiful wild coyote, taken near The Dock restaurant at Montrose Harbor on Friday afternoon.

Coyotes are everywhere in Chicago, with at least 500 tagged and tracked within the city limits. Despite this large population, however, according to the Urban Coyote Research Project, "There has not been a single coyote bite or attack reported on humans in northeastern Illinois."

Unless a coyote is aggressive or fearless, the best advice is to leave them alone. Don't approach them, or leave food out, or let pets run free. See "How To Avoid Conflicts With Coyotes" for more information.

Given the proximity of this guy to the Montrose Dog Beach, we'd recommend taking your pups to to Puptown instead for a few days.
By Sonny Side Up - February 16, 2019