Uptown Resident Has 38 Cars, And Legally Parks Them All On His Block 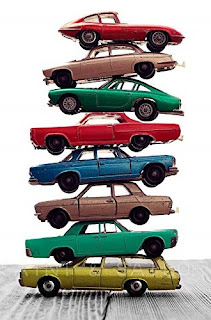 Approximately 30-32 cars can park along each side of the street on the 4700 block of Kenmore.

So what happens when one neighbor has 38 cars and parks them all there?

According to Block Club Chicago, Michael O. of the 4700 block of Kenmore is the city’s most successful auto lender on the car-sharing platform Turo, and his home block is where he parks his fleet.  (Check them out here.)

Needless to say, it has led to parking headaches for his neighbors, who pay for zoned permit parking, only to find themselves circling the block to find spaces for their cars. Michael O. also puts lockboxes with keys to his vehicles on fences around the neighborhood, without the knowledge or consent of his neighbors.

A state bill that would regulate Turo and other car-sharing services passed both houses in Springfield last spring, only to be vetoed in a surprise move by Governor Rauner last August.

This week the legislators in the Illinois House and Senate will try to get enough votes to override the veto. SB2641 is on the calendar for a vote later today.

In an interview with NBC Chicago, Ald. Cappleman said a City Council ordinance limiting the number of cars one person can have in a permit-parking zone must wait until the state legislature takes action.

Until then, residents near the 4700 block of Kenmore will have to keep circling the block and hope this loophole gets fixed as soon as possible.