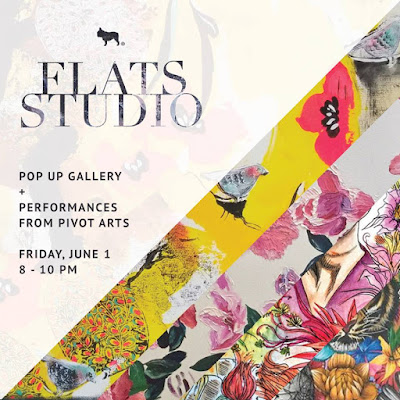 Pivot Arts is pleased to present the 6th annual PIVOT ARTS FESTIVAL, a celebration of contemporary performances and multi-disciplinary works presented throughout Chicago’s Uptown and Edgewater neighborhoods from June 1 – June 10, 2018. Tickets, ranging from free to $30, are currently available at www.pivotarts.org/festival. Three-show Festival passes are available for $40.

This year, the ten-day Festival features the Chicago premiere of Rude Mechs, a theater collective from Austin, TX, who have performed at major venues across the country – joined by top artistic innovators from Chicago and beyond. Performances include theater, dance, puppetry, multidisciplinary works, site-specific performances, performances for youth, discussions and showings of new works-in-progress from the Pivot Arts Incubator program, which has developed works such as Isaac Gomez’s La Ruta, to be performed at Steppenwolf Theatre next season.

The ten day festival kicks off tonight in Uptown!

Festival Launch: A Night That Pops!

The 2018 Festival kicks off with live music by Nire Nah, a visual art exhibition curated by FLATSstudio, and a series of eclectic pop-up performances including a hip-hop opera by Chicago Fringe Opera with BraveSoul Movement and Cassie Bowers’ one-on-one tarot readings in Arcana Obscura, along with other artists. Dance to a DJ following the performances. The celebration includes food and drinks.

Tickets for the 10 day event can also be purchased here.