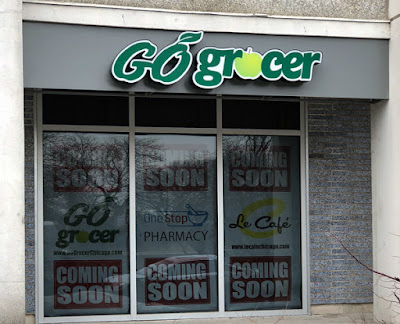 Coming soon to Marine Drive: GoGrocer will open around the middle of March at Imperial Towers, 4250 North Marine. In addition to food and alcohol, it will feature a pharmacy and a cafe.

The previous convenience store closed last November after many years of being in business, when the owner took a well-earned retirement. We are told that the storefront dates back to 1962, when it was the first "Jewel Pantry," a chain owned and operated by Jewel Tea, most of which later became White Hen Pantry stores.

We'll keep you informed about the opening as it draws nearer.
By Sonny Side Up - February 20, 2018