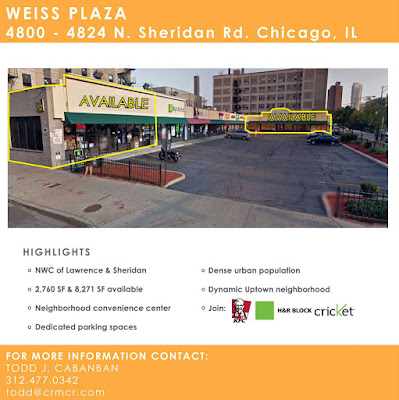 According to a real estate brochure that a keen-eyed reader sent in, JJ Pepper has fully abandoned its Lawrence and Sheridan storefront and the property is for lease. This puts to an end speculation that the store would be reopening as a modernized version of itself with the same ownership.

It's surprising because of JJ Pepper's package liquor license, one that cannot be reissued at that location. The ability of the store to sell over-the-counter booze had been grandfathered in decades ago. It cannot be re-issued at that location due to an existing package liquor moratorium and the presence of nearby homeless shelters, senior buildings, and religious establishments.