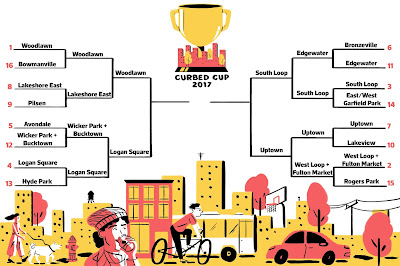 It's on to the Final Four in the Curbed Cup competition for Chicago's best neighborhood.

At one point, Uptown led West Loop/Fulton Market by ten percentage points, but a late surge by WL/FM made it a close 51.2% to 48.8% victory.

Next week, keep your phones and laptops close, because Uptown will be up against the South Loop, which trounced Edgewater with 70% of the votes cast.

We'll let you know when the polls open next week. Enjoy your holidays!
By Kate Uptown - December 23, 2017