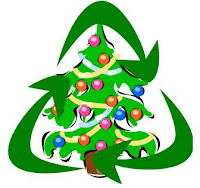 As usual, the City of Chicago encourages residents to recycle their live Christmas trees rather than putting them out into the alleys. They can be received at 24 local parks, including Margate Park (4921 N Marine Drive), between January 6 and January 20th.

The site Recycle By City says, "In 2016, Christmas tree recycling in Chicago jumped nearly 10% bringing the grand total of trees mulched to 19,653. Our efforts kept more than 650,000 pounds out of landfills and gave our soil some love instead."

What does the city do with all that mulch? They use it in the parks, and they also give it away free to residents.

You can read more about the program at Recycle By City. The official flyer for the program is below. 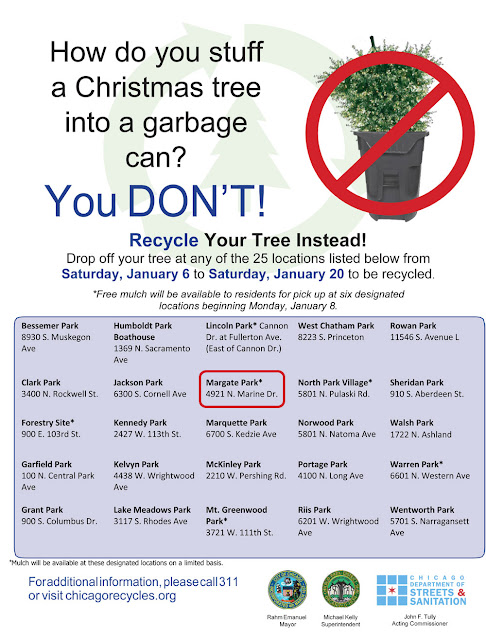