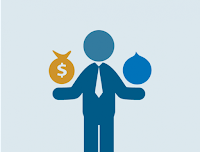 The city passed its 2018 budget on November 21st by a margin of 47-3, with all three of Uptown's aldermen - Ameya Pawar, Harry Osterman, and James Cappleman - voting in favor of it.

In his weekly newsletter, Ald. Osterman says: "On Tuesday I supported the 2018 City of Chicago Budget that was passed by the City Council. While not a perfect budget, the budget makes significant investment in important programs that affect the quality of life for Chicago residents. The budget continues our efforts to reduce the structural deficit and move our city toward better financial footing.

The budget continues to make critical investments in public safety, both with the Chicago Police Department and programs for youth. There is a $76 million investment in youth programming, including expansion in after school, summer jobs, and mentoring programs like BAM (Becoming A Man).

The Chicago Police Department will continue to have needed funding to support hiring new officers to patrol our streets. There is $27 million in funding for the critical police reform efforts, including a new position of Director of Reform Management, who will help guide our ongoing police reform efforts."

We will update when and if the other aldermen write about their reasons for voting as they did.
By Kate Uptown - November 24, 2017