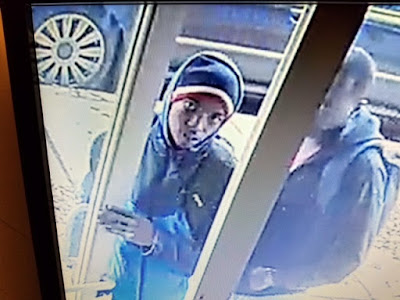 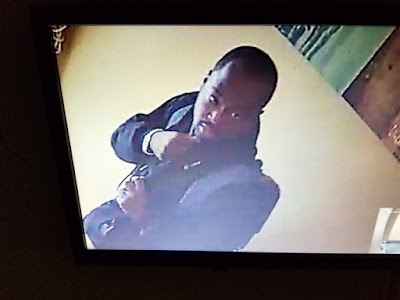 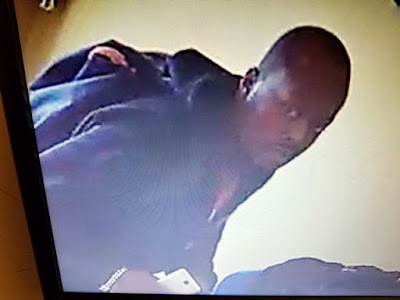 There was a break-in at a multi-unit residential building on Tuesday that may have involved the use of the master key meant for the mail carrier. The condo association has been in touch with residents at other burgled buildings in the area who believe that entry to their buildings was made by thieves using the same master key.

The police detectives are taking this seriously and there are clear pictures of the two men entering and exiting the building. If you recognize them, please call the 19th District Police and request to speak to detectives. Call 312-744-0064 with any information that might help them.

"The attached photographs were taken from our security camera at 4725 N. Sheridan [Tuesday].  These two broke into our building at 11:58a.m. and left shortly before 12:30p.m.  They broke into a  specific unit in the building (UU note: they jimmied open the unit door with a crowbar) and stole a considerable amount of property including computers, cameras, and credit cards.

The police were called and responded to the scene, dusted for fingerprints, and we are awaiting their completion of a report.

I have contacted our security company, too, to save the pertinent portion of the video which we will provide to investigators and the United States Postal Service because the video showed the two reaching toward the USPS lock box and then easily entering the building by unlocking the door.

Shortly thereafter, while the two were still in the building, our mail carrier arrived and opened the lock box and he can then be seen looking around as though the key to enter the building may have fallen to the ground.  He then rang buzzers before finding someone who was home that could let him into our building.

The photos and story were shared on the Uptown Chicago Neighborhood Watch Facebook page, and responses indicate that other buildings' USPS keys have gone missing and that other robberies have been attempted.

They worked quietly and quickly enough so as to not disturb other residents who were home when this occurred."

Additional coverage is available from WGN and Channel 5.
By Kate Uptown - November 16, 2017