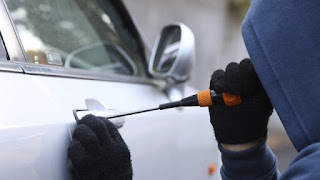 The police have issued a community alert for the 19th District, which is bordered by Fullerton, Lawrence, the lake and the river. There is a car theft ring -- or one very active thief -- plying his trade all over the district, including in Uptown.

The thefts include those at:
Please be a Gladys Kravitz and keep an eye out for suspicious behavior.  Call 911 if you see anything you think may be a theft in progress or about to happen. And if you have any information about past thefts, please contact the Area North Detectives at (312) 744-8263.