Magic In The Garden, Saturday Morning at 11AM 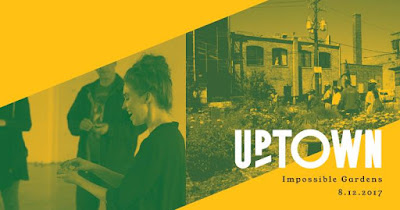 "Come and feel connected to your neighbors via the magic of seeds at the Winthrop Heritage Garden!

In a guided interaction, participants will perform a magic illusion in their own hands, using seed paper cards. Participants join together to care for this evolving communal garden, with seeds as the focus as a reminder of how seeds connect all of us. An impossible garden, made possible!

This work is produced with support from:
• DCASE - Department of Cultural Affairs and Special Events
• High Concept Laboratories
• Uptown United

ABOUT THE GARDEN:
The Winthrop Heritage Garden was established in 2009 to celebrate the families who helped found Uptown’s rich cultural diversity, while also providing a green space in one of Chicago’s most densely populated neighborhoods.

Chicago’s Uptown is known for its rich, dynamic history and its mingling of cultures and customs. However, pre-World War II land covenants and legal segregation listed the 4600 block of Winthrop Avenue as Uptown’s only block where African Americans could live. Despite this, the neighbors developed tight-knit relationships. Although only one resident from those decades remain, the result was a large extended family that still gathers and refers to themselves as the Winthrop Avenue Family.

In the mid-2000s, the idea of transforming several vacant parcels of land into a community greenspace on the narrow 4600 block of Winthrop took shape and was dedicated in the Fall of 2009."