DUI Saturation Patrol Out In 20th District On Saturday 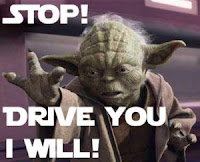 The CPD has announced that its DUI Saturation Patrol will be out in force in the 20th District Saturday night, between 7pm and 3am. The 20th District encompasses all of Uptown north of Lawrence, as well as Edgewater.

The news release says, "The purpose of this program is to saturate a pre-designated area with roving police officers that continually monitor vehicular traffic for signs of impaired driving. Patrols also place emphasis on speed, alcohol-related and safety belt violations. Police vehicles equipped for speed detection are deployed to apprehend speeding violators."

Last Friday, 43 citations were issued in the Harrison District, for everything from DUI to unsafe vehicles to insurance violations.

As always, we remind you that Lyft, taxis, and the CTA are much cheaper than a fighting a DUI charge.
By Kate Uptown - August 11, 2017