Broadway Streetscape To Begin In August 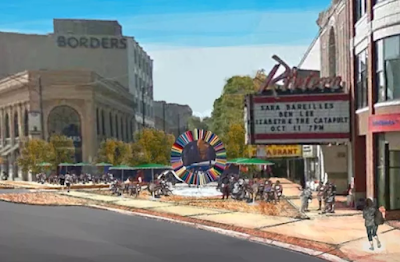 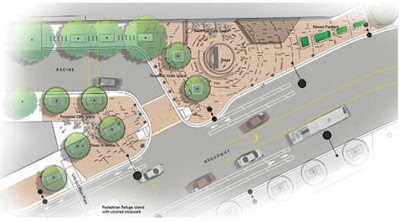 "Back in the spring of 2014, I hosted a number of community meetings and charettes in conjunction with the Chicago Department of Transportation (CDOT) designed to receive your input on improving the Broadway/Lawrence commercial corridor. Those meetings informed the plans for a $6 million streetscape project in the heart of the Uptown Entertainment District that will begin in the next two weeks.

Phase one includes Broadway between Leland and Gunnison Street, and Lawrence Avenue between Broadway and the Lawrence CTA Red Line Station and consists of numerous improvements including full-width resurfacing, new sidewalks, new lighting, new crosswalks, community identifiers, and a pedestrian plaza at Racine. This first phase is expected to be completed in the summer of 2018. See more information here.

Phase two will include Broadway from Wilson to Leland after the final Wilson 'L' Station renovations are completed in December 2017. This phase of the project will start in the spring of 2018.

All of the changes in this area, including the new Broadway streetscape, the new Wilson L Red/Purple Line station, increased economic development, and new businesses along Wilson and Broadway have happened through careful planning over the last six years. I'm so proud to see the fruits of our efforts to make Uptown a stronger community."
By Kate Uptown - July 31, 2017