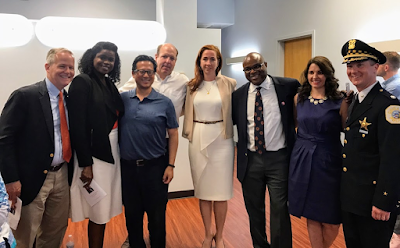 Gainer and Foxx were joined by City of Chicago aldermen Cappleman and Osterman, the Chicago Police Department, the Chinese Mutual Aid Association, the Latin School of Chicago and more. For more information about Community Justice Centers, visit http://bit.ly/CookCountyCJC."

According to The Latin School, as part of its Uptown partnership which began in 2012, it is leasing the space for the next two years to do true community programming. The CJC Satellite North Office will be open the first and third Fridays of each month.