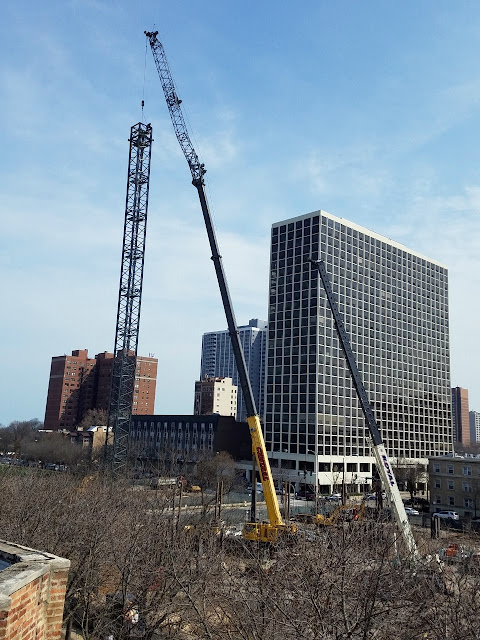 As announced in the contractor's update, a tower crane is being installed at the 811 Uptown (Maryville) site this week. Thank you to reader PF for providing this photo, taken Wednesday afternoon. According to the contractor, a tower crane is quieter, creates zero fuel emissions, and doesn't disrupt traffic the way a traditional mobile crane does.

The building in the background is the Broadway (4343 North Clarendon), designed by Stanley Tigerman. At 28 stories tall, it will be slightly taller than 811 Uptown, which will have 26 stories after it is built. The Broadway has 450 units, as compared to 373 in the completed 811 Uptown building.
By Kate Uptown - April 13, 2017