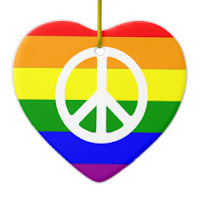 On Friday, members of the family described by the Southern Poverty Law Center as "arguably the most obnoxious and rabid hate group in America" are scheduled to protest for a half hour in Uptown as part of their one-day swing through Chicago. Yes, the cult of personality known as the Westboro Baptist Church will be here with their obnoxious slogans and signs.

Their tangent this time is against Weiss Hospital, which is hosting a Transmale Genital Surgery Global Education Initiative at its Center for Gender Confirmation Surgery. The WBC folks plan to be at Weiss (4646 North Marine Drive) from 10:30am until 11am.  On its website, where it lists its picketing schedule, it says, "This is WBC's way to show love to our neighbors."

Outraged? Disgusted? Not willing to accept the WBC's poisonous version of "love"? There is something you can do!

There will be a peaceful counter-protest between 10am and 11am at Weiss on Friday. According to the Facebook page, "Tell the Westboro Baptist protesters that their hate is not welcome in Chicago. Join Alderman Cappleman to support Weiss Hospital's Center for Gender Confirmation Surgery by creating a human wall of love that supports the trangender community."

We are a community of acceptance and diversity. WBC is everything that Uptown is not and will never be. Please join your neighbors in peacefully protesting their intrusion into our community.

UU Note: If you're interested in WBC's other Chicago picketing, they plan on being at University of Chicago (objecting to its transgender-friendly policies and housing) and the U of C Law School (objecting to ... lawyers in general). They plan to get between Uptown and Hyde Park in a half-hour. Good luck with that!
By Kate Uptown - October 20, 2016