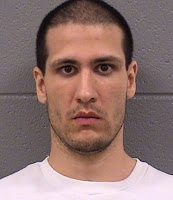 The perpetrator of a violent sexual attack committed nearly four years ago will remain behind bars for a long time, according to a plea deal announced today by the Cook County State's Attorney's office.

Many readers may remember the events that occurred on a chilly Saturday night in December 2012. A woman was entering her home on the 4400 block of Sheridan when she attracted the notice of Jason Gurneau, a recent parolee who was riding past on his bike.

Although the woman and Gurneau had never met, he became enraged at the sight of her opening the gate to her home, and attacked her. It was a vicious and brutal assault. According to a press release from the State's Attorney's office,


"Gurneau pushed her from behind and she fell to the ground.  He then got on top of the victim and slammed her head against the pavement.  As the woman struggled and screamed for help, Gurneau repeatedly punched and hit her in the face and body.  During the attack, he choked the woman and slammed her body into the brick building until she lost consciousness.  Gurneau then ripped off the victim’s dress and undergarments and sexually assaulted her."

If it hadn't been for the intervention of a passing neighbor who heard her screams, he may well have killed her. In fact, he admitted as much. He told authorities, "I should have finished the [expletive] off."

The neighbor who heard the woman's screams and disrupted the assault was Tom Schabow, who was returning home from his job. He called 911, pulled Gurneau off of the woman, and prevented him from leaving when he attempted to bike away from the scene. The police arrived quickly and took custody of Gurneau, who injured an officer during the arrest.


The woman suffered extensive injuries and was hospitalized for more than a week. A rape kit was administered and the DNA definitively linked the attack to Gurneau.

Since that night, Jason Gurneau has been behind bars while going through the criminal justice process. He was being held without bond after the judge declared him "a danger to the community." During his time awaiting trial in the Cook County Jail, he committed an additional felony when he attacked a jail guard.

He had requested a jury trial, and preparations were being made for that to happen next month. It would have meant that the woman he attacked and Tom Schabow would have had to testify against him in open court. But last week, he had a change of heart and pleaded guilty to all charges.

Due to his extensive rap sheet, which included another violent crime, this is considered a Class X felony, and he will not be eligible for "one day credit for each day served," which most prisoners receive. He will receive credit for the 1403 days he has been incarcerated, and will be required to register as a sex offender when he is eventually released. A parole date (well into the future) has not yet been determined.

We are reminded that there are heroes among us. Many neighbors responded to the woman's screams by dialing 911. The police, EMTs, and hospital personnel went out of their way to be kind to the injured woman, according to her father. Assistant State’s Attorney Mary Innes prosecuted a very demanding case for nearly four years. 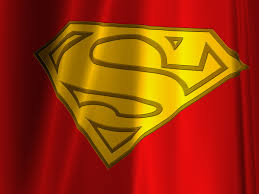 Tom Schabow, in particular, should wear a red cape with an "S" on it. He was simply coming home from work and found himself in the middle of a horrible situation. With no time to think, he saved the woman (who was by then unconscious) from further harm, and prevented the perpetrator from leaving the scene.

In a recent conversation, he told us, "Such a huge relief that neither [the woman] nor I will have to look that horrible person in the eyes again. I have not stopped thinking about that night. But now I can finally put this behind me for good. ... I would do it again without hesitation."

Tom still lives in Uptown. If you happen to know him or run into him, buy him a drink or pat him on the back or just simply say thanks. A woman is alive today because he jumped in. Uptown is safer for him being our neighbor.

Our previous coverage:
Update: The full sentencing has been figured out. Mr. Gurneau will spend close to 20 years incarcerated, until March of 2032. After his release, he will be on parole for three years and will be required to register as a sex offender.

He received 21 years for his attack on the woman, which (due to his Class X status) he must serve at 85% of sentencing. That comes out to 17.85 years. Then he must serve three years for the attack on the prison guard at 50% (1½ years). That comes to a total of 19.35 years, or approximately 19 years and four months. He committed the crime in December 2012, and has been incarcerated even since. This is the minimum he must serve, depending on his behavior while in prison.
By Kate Uptown - October 17, 2016