Bar On Buena Presents "Night of the Living Draft" On Saturday 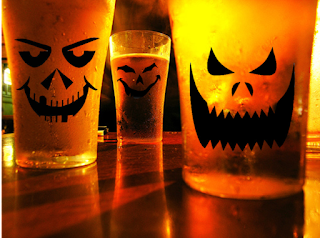 It's Evil Twin Brewing! It's Halloween! and It's the Cubs!

Join Evil Twin Brewing at The Bar on Buena for a night to remember on Saturday night. It's Halloween-themed and a viewing party of Game Four of the World Series, which will be taking place just a few blocks away at Wrigley Field.

There will be a costume contest with prizes ("beers, gift certificates, swag of the highest caliber"), candy, horror movies on the screens before and after the game, and the Cubs on every screen beginning at 7pm.

There is no cover for entry. There will be several featured drafts and can offerings from Evil Twin, including an Imperial IPA with an 18% ABV called Molotov Heavy (limit 2 pours per customer - safety first!).

The party begins at 7 pm, with the Cubs game on every TV and the projector. Costume contest winners will be announced during prior to the 7th inning. Festivities will go on until 3am.

Bar on Buena is located at 910 W Buena, just off Broadway, and easily accessible by public transportation. For more info, see the Facebook event page.
By Kate Uptown - October 26, 2016