Man Shot and Killed Near Wilson/Kenmore After Argument 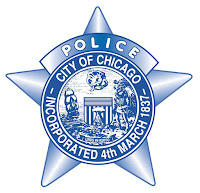 According to a tweet from Ald. Cappleman, "Shooting on 4500 block N. Kenmore. Man critically wounded. Will follow up with more details from Commander Cesario." We heard 9-10 shots fired, heard car tires squealing, and called 911 at 2:44.

A witness says, "I was walking back from the Target when the shooting happened. A black car shot off approximately 6 rounds at the corner of Wilson and Kenmore toward Uptown BBQ restaurant. I saw a guy fall, then run out from in between the parked cars and was shot in the leg."

We will update with more details as we find out more.

Reminder that the CAPS meeting for Beat 1913 (which is immediately west of where this happened -- the boundaries are Lawrence, Broadway, Clark, and Montrose) will take place tonight at 6:30pm at Courtenay School, Beacon and Montrose. We are sure the police will have more information.

Update: According to the Sun-Times, "The man, whose age wasn't immediately available, was shot multiple times in the chest and leg and taken in critical condition to Illinois Masonic Medical Center, police said."

Update: Sadly, what we suspected was confirmed. The man who was shot has died. According to the Tribune, "The victim was arguing with an unknown male assailant who shot him in the chest and leg about 2:45 p.m. in the 4500 block of North Kenmore Avenue, said Officer Thomas Sweeney, a spokesman for the Chicago police. The 25-year-old was taken to Advocate Illinois Masonic Medical Center where he was pronounced dead, said Sweeney."

Update: According to the Sun-Times, "About 2:45 p.m., the 25-year-old got into an argument in the 4500 block of North Kenmore with a man who pulled out a gun and shot him five times in the chest and twice in the right leg, police said. The shooter then ran through a gangway and took off in a black vehicle, police said."

Update: The Crime In Wrigleyville blog identifies the murder victim as Gregory Sims, age 25, of the 4400 block of Malden. According to them, Mr. Sims had just been released from parole two weeks ago.
By Kate Uptown - September 06, 2016