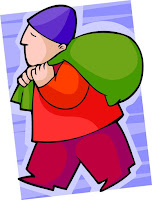 This isn't in Uptown, but often thieves come from outside the community. If you have had something stolen that you really would like to get back, this may be worth checking out:

Police recently arrested a man who had been running a massive fencing operation from his home on the West Side. They recovered a considerable amount of stolen goods from his property. He admitted that he had been trafficking stolen items for more than ten years. According to the police, "The types of items recovered include (but are not limited to) bicycles, snow blowers, landscaping equipment, chainsaws, ladders, construction grade equipment, power tools, and tool boxes."

If you have had something stolen and want to see if it was among the recovered items, you are invited to see what the police found.  The viewing will take place at the 15th District Police Station Community Room, located at 5701 W. Madison Ave.  Viewing takes place:
The police say, "It appears that the items originated in the Cook County area.  Victims attending the viewing should bring identification, proof of purchase, copy of police report, as well as any evidence related to their loss (i.e. video, pictures, or witnesses).  Detectives will be in attendance to assist victims with recovering their property."
By Kate Uptown - July 15, 2016