Second Fridays, when neighbors and those working to make Argyle even better than it is now meet for a meal and discussion, takes place tonight at Pho 777 (1065 West Argyle). The featured dish will be Bún Chả Hà Nội, the meal President Obama shared with Anthony Bourdain in Vietnam during his recent visit. 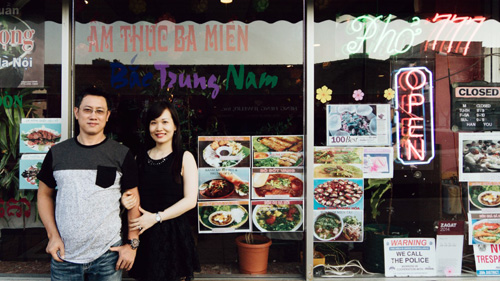 Pho 777 has been owned by Nicholas Nguyễn and Linh Thị Thùy Nguyễn since 2003, and has earned its reputation as one of the first restaurants on the street to feature the cuisine of North Vietnam. Nicholas is a member of the newly formed Vietnamese Chamber of Commerce and looks forward to the advantages that the new streetscape will bring to the businesses on Argyle.